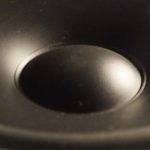 When I’m not doing my own voice over work I hire out my recording studio for recording projects.  I mostly concentrate on spoken word and voice projects.  Recently I’ve been asked to help a number of voice artists record and produce demos specifically for the video gaming market.

It’s often quite hard to decide on the content of such reels and also difficult to know exactly how they should sound.  A search on-line for existing reels  suggests producing clips and reels as fully realised to in-game audio as possible.  However a recent blog post by established video game voice and casting director Mark Estdale suggests a very different approach. He’s been involved with casting for games since the 1990s and far from the full-on production job for a reel he prefers the voice to be “naked”: dry with no FX or music.

He wants to hear how the voice actor presents characters. He wants to find the voice that will engage the gamer and also inspire the production team to make the game a success.  He also does not want to hear the usual stereotypes of “..the soldier, the commander, the wizard, the computer voice, the alien..”

He goes on to say “In a reel I simply want a taste of the actor’s ability to connect emotionally. Give me the grieving mother, the joy of first love, being unemployed, being betrayed finding hope in adversity, the impact of crime, of generosity, of tenderness, of failure, of survival, of choice. Anything that is truly real to human experience”
Mark wonders why people keep on presenting him with produced reels – do agents insist on them he wonders and if they do, why?

The article also has good advice on content and duration of the reel and the clips within it. Most of the casting directors didn’t use reels to finally cast but often did use them to shortlist for audition.

While I’m happy to produce reels for other voice talent I’m the first to admit that character voices and acting are not part of my personal voice skillset. Mark’s blog helped to reinforce why I’ve not gone down the voicing for gaming route. He and the people surveyed do not like “put on” voices but they do like to hear engaging emotionally authentic performances.

In my view you need proper dramatic training to deliver those goods – especially if the voice on the reel has to be “naked” and exposed without the cover of music and FX!
In that case there’s no place to hide: if you can’t deliver – don’t audition.
When it comes to characters I realised long ago that I can’t do them and so don’t audition for this kind of work.