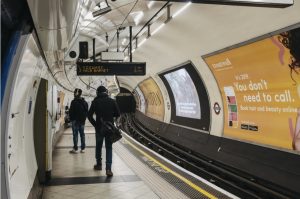 Voice announcements pop up in loads of places these days – and thank goodness they do as it means more work for us voice over artists.  Of course pre-recorded announcements are not that new and in some places have been in use for many decades – like, for example, on the London Underground.
For many years I was amused by the Mind The Gap announcements at Bank station as I always thought they sounded like something recorded in the 1950s.

Today on a VO forum someone referred to a story about those tube announcements – specifically at Embankment Station on the Northern Line.
The story was reported on the Secret London website and tells of how an original recording of an announcement that had been dropped during modernisation was restored to use – and the reason is a rather moving one.

You can read the story on the website here