Planet Rock – in at the start 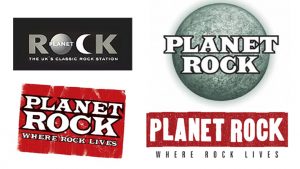 Digital radio station Planet Rock has recently celebrated its 20th Anniversary.  It’s great that its become so well established and it still going 2 decades after it first started broadcasting. Why do I care? – well back in November 1999 I presented the first show on the station – I then did 10-2 6 days a week for 4 years.  The orginal presentation team included two current presenters – Andy Shires and Mark Jeeves plus Tank Montana, Nigel Freshman (who was on Breakfast) and myself.  There may have been others – I don’t recall.

In the week before the launch we did some test transmissions with live shows from a digital broadcast exhibition at the NEC.  But when we came to launch all shows were voice tracked (or pre-recorded to the uninitiated).  We sounded like we were coming out of a building in London but in reality all the presenters logged in remotely to record the links into the playlists for the shows.  For me that meant using the old production studio on the top floor at Mercia FM (later after an engineer accidently cut therough a crucial cable I was moved down stairs to Mercia’s Studio D – or the original Production Studio for hard core Mercians)  At the time I was also swing jock at Beacon and so could record there too – Mark Jeeves and Freshman were based there.

The actual “radio station” was a server mounted in an engineering rack at a radio station in Bristol.

It was great to be involved and for me it was a chance to get reacquainted with all the rock music I’d grown up with as a teenager.  The first song played was Deep Purple’s Smoke on the Water – of course it was!

Actually when it came to the station playlist I used to argue a lot with Don Douglas who programmed the music about the tracks we played. At the time our strap line was ‘the rock specualists” – so I’d be saying why are we playing Rainbow’s Since You’ve been Gone?   Don would say because it was a hit and I would argue that real rock fans would hate the hit single and much prefer album tracks like 16th Century Greensleeves or Kill the King.  I’d say that we claimed to the “the rock specialist” so we should play what rock fans would appreciate  to which I was told -” it’s only a positioning statement”.  And so on-air we’d get – endlessly – Paranoid, Silver Machine, Money, Enter Sandman, Smoke on the Water etc – you get the idea.

Still it was fun to be part of something new – we thought back then that DAB could really take off but 20 years later it still hasn’t really and in fact my DAB radio no longer picks up Plewnt Rock after the current owners decided to save transmission costs and move the station off some of the DAB transmitter sites. So for me it’s only available on-line

Stil here’s to the nest 20 years – maybe when they celebrate next time they’ll invite me to the party!