Voices from a radio archive

When I’m busy with voice over work I don’t get a chance to listen to the radio as much as I would like.
However I recently caught up with a Radio 4 programme I had not heard before presented by Greg James. It’s a show (as he calls it) that tries to answer the question of what you should do if you are a national broadcaster with decades of audio in your archive that rarely gets a hearing on the airwaves. 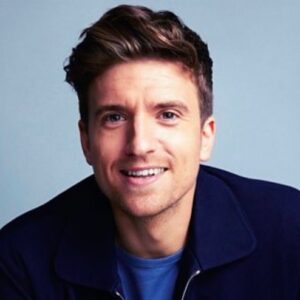 Rewinder sees Greg dipping in the BBC radio archives to present short clips some of which are recent while others are from as far back as the 1930s.
James’ style is upbeat and friendly and sounds fresh and youthful in the context of Radio 4 as he leads the listener on an eclectic journey. The episode I heard covered gardening from 1934 by way of mental health issues (Ian Dury from the early 90’s), cricket and humour with Eric Idle from 1991 plus the presenter in the 1960s who used to be known as “Cheerful Charlie Chester” (though possibly James is too young to know that as he doesn’t mention the cheerful bit).

My favourite sequence in this episode was a clip from 1950 where the writer Vita Sackville West was giving a radio talk entitled “Walking Through Leaves”. In fact it was about the phrase “through leaves” which Vita’s family had adopted and modified.
Vita had one of those real RP voices that you almost never hear anymore – a very clipped delivery with slightly strangulated vowels, very stereotypically “British” in an old fashioned cut glass sort of way.
To explain the phrase Vita said it was “about the small but intense pleasure of walking through dry leaves and kicking them up as you go, they rustle, they brustle, they crackle – and if you crunch beech nuts underfoot at the same time then so much the better”.  You have to imagine a voice like the Queen’s only posher or, rather, more like how the Queen used to sound years ago. 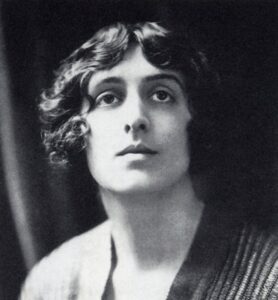 The point about “through leaves” explained Vita, was that the phrase could indicate other enjoyable things – eg “running a stick along an iron railing” (very through leaves), “drawing a cork with a patent cork screw” (that’s very through leaves indeed|) or “pulling aside window curtains that run easily on their rods”.
You really have to listen to get the full effect – the episode is on BBC Sounds (here) and you can hear it until May 2021.
The clip I’m talking about starts at 19:30 (you’ll need a BBC log-in to hear it)

It’s one of the very few things that have made me laugh out loud in recent months – you can’t quite believe that people actually talked like Vita Sackville West –  in real life – all the time.  But at the same time a short clip from 70 years ago painted a little vignette of the kind of life lived by someone in her social position at that time. It’s that kind of immediacy that is one of the things I love about radio.