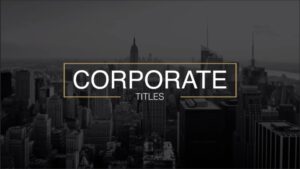 This is a topic that should be of concern to any voice over artist – whether newcomer or established voice talent.

I’ve just been reading a Linked-In article by William Gadea from 2020 that looks at the choice of using voice over or animated titles in video.

William is a video producer and he says that while in the past you would always use VO narration for a corporate or explainer video nowadays this is not the case. Things have changed over the last five years or so.
Now early in the production process the question is asked whether to have voiceover or animated titles and the reasons for considering this question are technological, social and financial.

One big change has been the increase in speed of connection to the internet for all devices but especially mobile devices.
It is no longer a problem to watch video on a phone or tablet. Every marketer knows that video communicates more effectively than text and also that you need to put your message where people already are and that is invariably on social media. 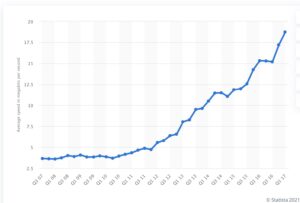 Worryingly for voice over artists when videos are shown on social media platforms the sound is muted by default. Initially videos had subtitles of the VO text so the viewer could follow the narration but over time this has morphed into animated titles that are an integral part of the visuals in the video. Now the viewer can get the message in an engaging visual way without hearing the sound.

There is still a role for voice over because the optimum situation uses both visual and audio channels to communicate information but with the use of web analytics you can identify how your videos are being consumed. Some may have content that favours someone who is office based with a desk top PC: they will probably have the sound on.

On the other hand if most of your viewers are on mobile they mostly will not have sound on. You can see how the VO is useful in the former but looks like a poor ROI in the latter scenario and given that the titles say it all anyway why even engage and pay a VO at all? 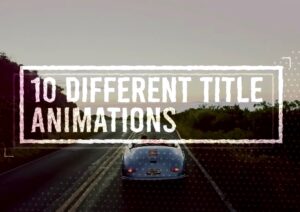 Some quick research in the portfolios of work on video production company websites will show how far advanced this trend is. Many will feature not a single video with voice over at all.

The takeaway from this might be that if you are considering becoming a voice over think again! Or if you are a voice over who works in corporate and explainers now might be a good time to work up your acting chops to get into audio book work or video games.

You can read the original article by Willaiam here