When you work in radio, as I did for a couple of decades, you get used to the quarterly rhythm – with all its attendant stress and concern – of the publication of RAJARs (Radio Joint Audience Research) – or listening figures. The future careers of on-air colleagues could be riding on them especially if a presenter had a couple of “bad books”.

Traditionally the figures are compiled from “field work” that involves researchers randomly knocking on peoples doors and asking them to fill out a listening diary for a week.  In the 22 years I worked in radio I never came across anyone who had filled in a diary or who knew someone who had. Ironically 9 years after I left radio – and just before the pandemic – my partner was asked to fill one in (she’s a teacher so lots of ticks for Radio 4 I’d imagine!).

These days I don’t have to worry about RAJAR figures but I found myself considering them after reading a new blog post from Radio boss David Lloyd. David has been and still is a presenter and also, for many years, has been involved in a lot of radio managerial positions so he has a well informed perspective. He writes regular radio related blog posts that are always interesting and insightful. 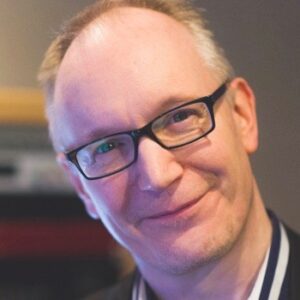 David points out that the key thing about RAJARS at the moment is that, because of Covid, there have not been any radio listening figures for nearly 2 years. Not only do listening figures make a difference to on-air talent and whether they stay in post the figures are also used by radio sales people selling airtime for commercial radio stations. Obviously in either case the larger the figure the better.

After the 2 year gap there is a lot of expectation about the new figures which will be published on the 28th of October. However David cautions against making straightforward comparisons with the last set of figures from 2019 – because so much of the radio landscape has changed in the intervening period.

There have been changes of ownership for some radio stations and groups. There have been on-air changes on many stations and also some new stations – like David’s own Boom Radio – have started up. Furthermore RAJAR themselves are starting to use additional methods to research audience and not just relying on the traditional diary – although even those are filled in on-line these days.
Anecdotally radio has done well during the pandemic and lockdowns but because the researchers could not recruit new people to fill in diaries there are no listening figures for that period.

David also has interesting things to say on the subject of smart speakers and how their wider use may have saved radio!
You can read the full article here.