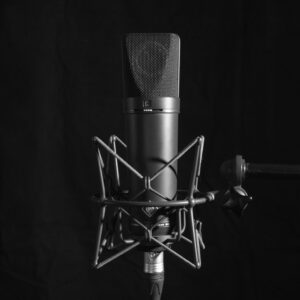 During a recent voice over recording session something happened  that served to remind me that even experienced people sometimes forget basic stuff that they really should not. I was in my voice over booth for a Source Connect directed session with a production studio in Leeds to record an on-line commercial.  So far so straight forward.  I think it was because this kind of scenario is so routine and familiar that I was even more surprised by what happened next.

At the other end of the Source Connect line was audio producer Alex and two other people from the production company.  After level tests I had just done an initial read through of the whole script to get the sense and feel of it and see how it was for time.

Engineer Alex said it sounded great but there was one problem – “I can hear something a bit metallic there Chris – what’s that then?” he asked.

I speculated that the electric heater in the booth sometimes makes a little noise that  is sometimes audible on the. mic,

“No it’s not that.” he said “listen to this and you can hear it.”   I heard the playback down the line and instantly knew what was happening.

With my own audio producers hat on I’ve often run studio sessions here at dVoicebox with voice trainer Micheal Groth where we are recording would-be voice artists often for the first time.    There are a load of standard things to alert people to when they are going into the studio for voice work.  One is to not rustle your script – not such an issue these days where more people work off tablet and iPad screens than paper.  You should also make sure you are not wearing clothes made of fabrics that might produce noise that the mics can pick up – in the same vein don’t wear bangles, earrings or other jewellery that might produce unwanted noise.  It’s basic but essential bog standard advice for beginners.  And it was this most basic thing that – despite my more than 20 years in the business – I had fallen foul of. 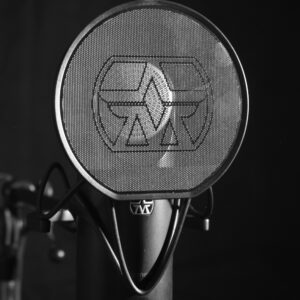 Back in the booth for my session I said.  “Ah – I know what it is Alex”.  I rattled the silver chain that is round my neck.

“That’s it he said – can we lose that?'”,  So there I was caught out by the more basic fundamental newbie error – in the booth wearing a noisy neck chain!  I could not believe it!

But here’s the thing – I’ve been in countless recording sessions over many years wearing this chain and no one has ever mentioned it before: it’s never been an issue.  All I can say is Alex must have great ears for audio detail.

Also, annoyingly, I couldn’t undo the clasp on the chain so I had to do the rest of the session with my hand holding it steady against my neck so it made no noise.  I’ll make sure I remove it in any future session.

It’s like relearning a lesson I actually thought I’d learnt long ago!