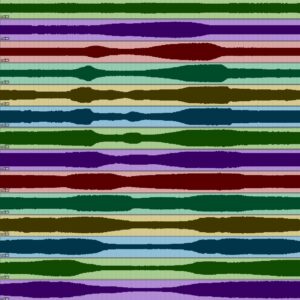 I was checking Linked In while I was waiting for a delayed voice over script to arrive and this image was posted by someone on my news feed.

It appealed to me as, in addition to voice work, I also do audio production and engineer recording and mixing sessions.  When mixing a large music project you invariably find yourself staring at a page of multi-track wave forms.  Often your eyes can find intriguing patterns that your brain tries to make sense of.  It’s happened many times but I’ve never quite seen a set of wave forms that visually work like this image produced by akiyoshi kitaoka.

Where the image was posted there was considerable  speculation about what it would sound like with a consensus forming around the notion that these must be sounds from a synth.  Certainly it doesn’t look like the wave forms I see most – which are speech for my voice over work  rather than music.

There was also a discussion as to whether this was art.  Personally I think it’s not art but rather it is a clever image that makes us think about a particular famous piece of art that you can view in the Louvre, Paris.